Story contributed by Hana Leofo. Hana is a Venn Fellow who did her work placement with A Rocha for about 8 weeks during March to May this year.
Photos provided by Beulah Wood, Nick Mayne, and Sarah Woodfield from A Rocha’s Auckland local group.

As a first-time A Rocha volunteer, my introduction to the Auckland group was an enjoyable one! I had not participated in any restoration projects or ecological working bees before and so was a little apprehensive around what to expect or even if I had any skills to offer.

On Saturday 12 March, I headed along to Unsworth Heights Reserve, a location the Auckland local group has been regularly involved in maintaining and restoring for a number of years now. The plan for the morning was to release the native plants (wharariki, mānuka, karamū and māpou) in the 60 square-metre area adjacent to the Barbados Drive entrance using cardboard and mulch.

I was greeted at the reserve entrance by the cheery team of volunteers who were already making quick work of the large piles of cardboard and mulch present. After a round of introductions, I was directed to a stack of cardboard and guided to remove the plastic tape from each box. There was an air of joviality as we progressed through the piles and a chance to connect and share stories with each other while peeling tape. 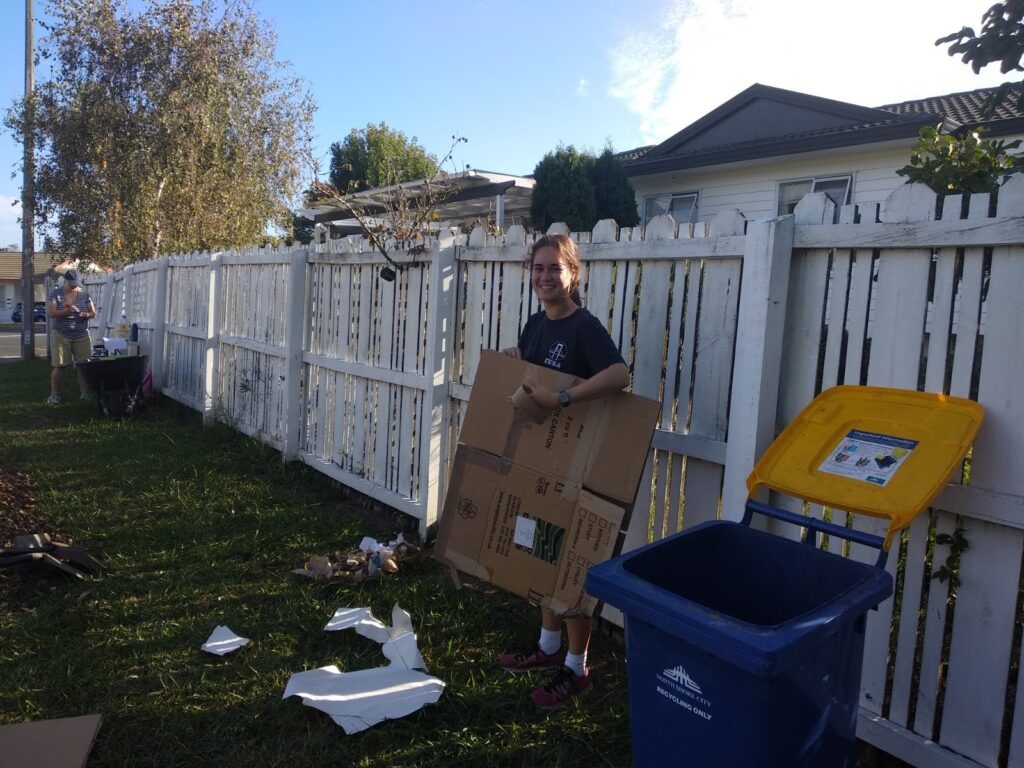 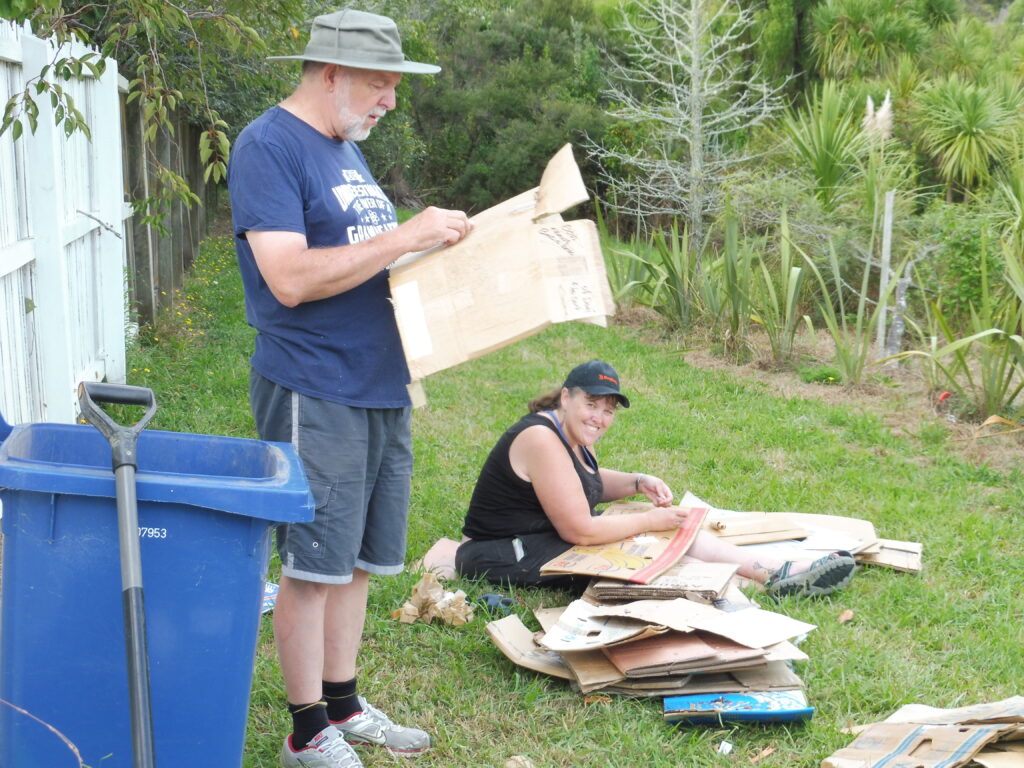 Once all the volunteers who were expected had arrived, we congregated and the Unsworth Heights Reserve volunteer lead, Nick Mayne, welcomed and briefed us on the agenda for the morning. 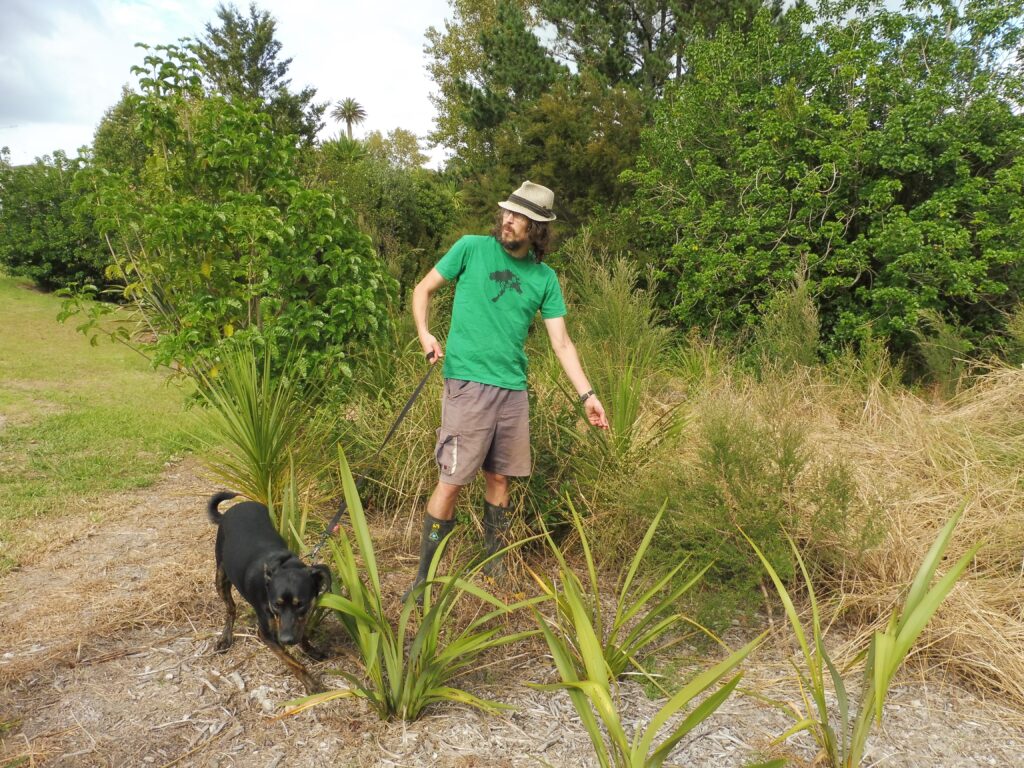 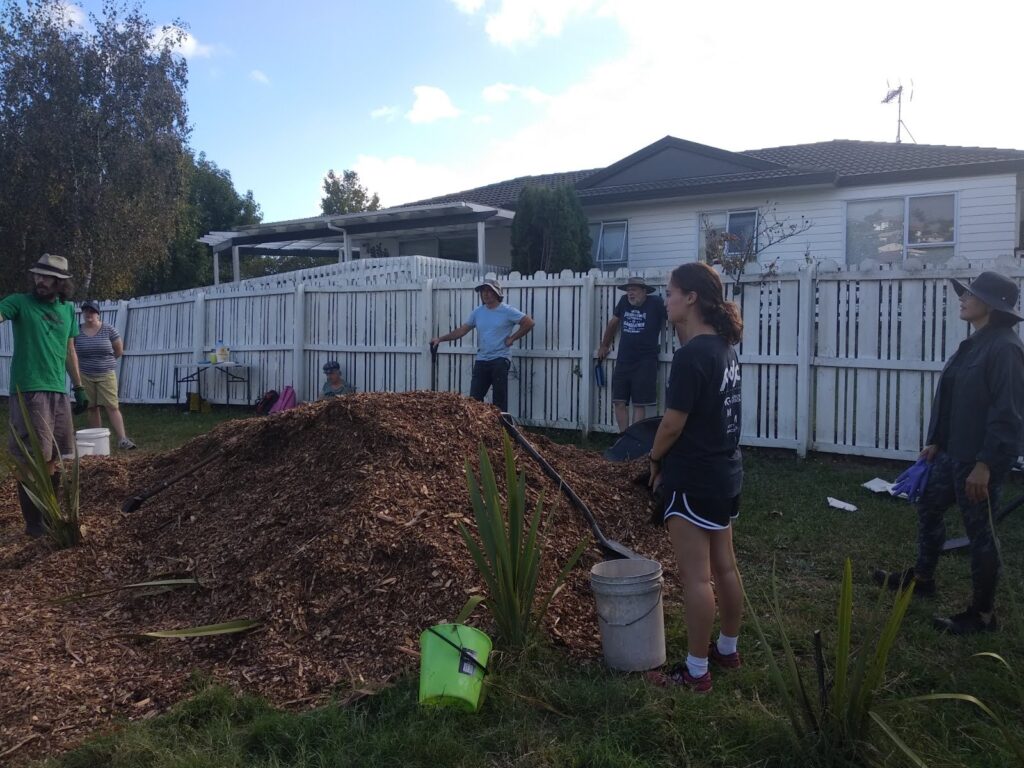 Following the briefing, I resumed de-plasticising the cardboard, while others started laying the prepared cardboard around the plants. The team worked like a well-oiled machine and once the cardboard piles were diminished and appropriately laid, we began piling the mulch atop the cardboard layer. 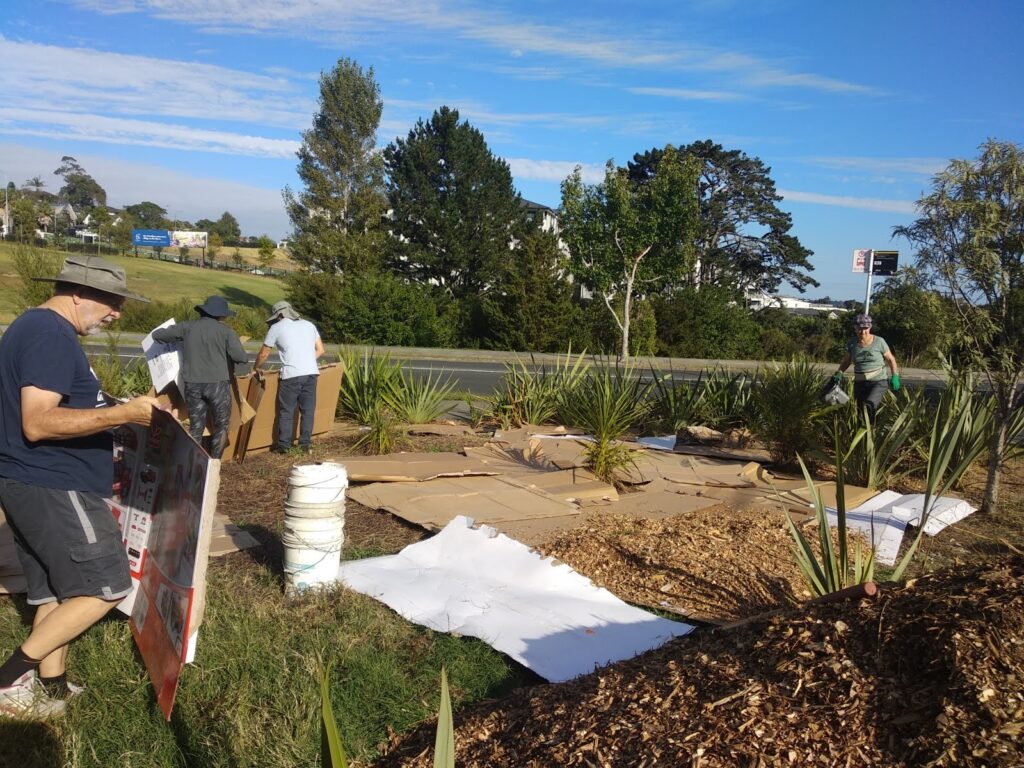 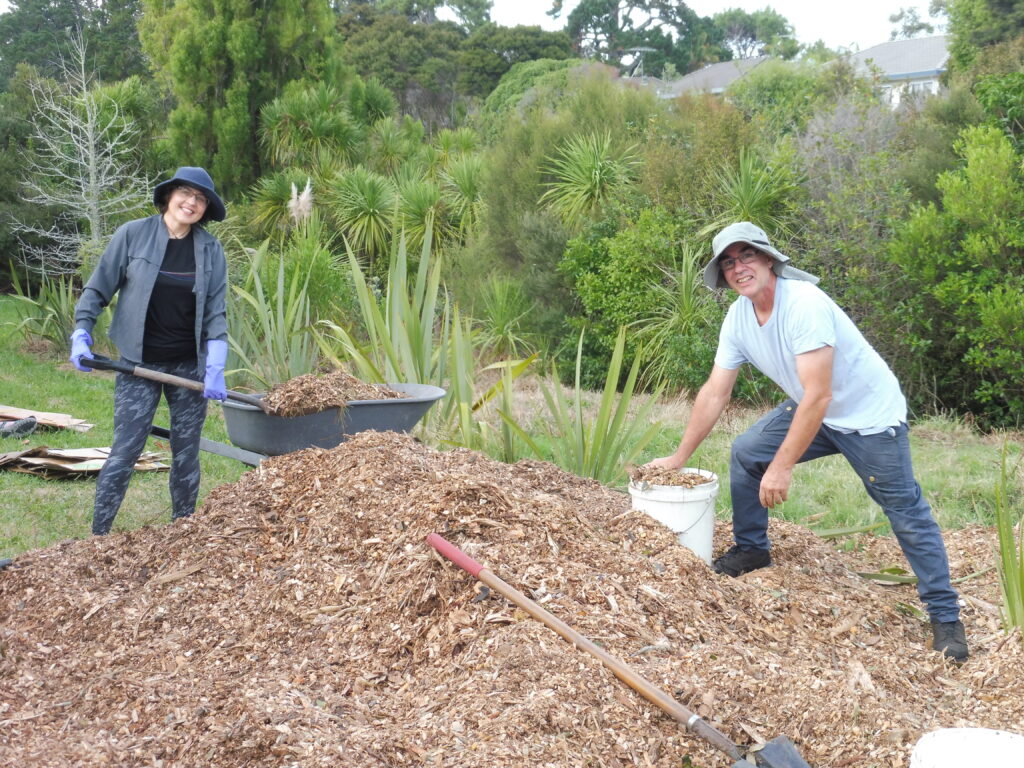 With buckets, shovels, and wheelbarrows, we moved the mulch to the planted area and as the hours passed, it was extremely satisfying to see the mountainous pile shrink in response. The gentle hum of conversation as we worked made the time pass quickly and before we knew it, the pile was finished! As I stood back and surveyed the area, my slightly achy arms were well-rewarded with the sight of freshly laid mulch and the plants standing tall in their newly released surroundings. 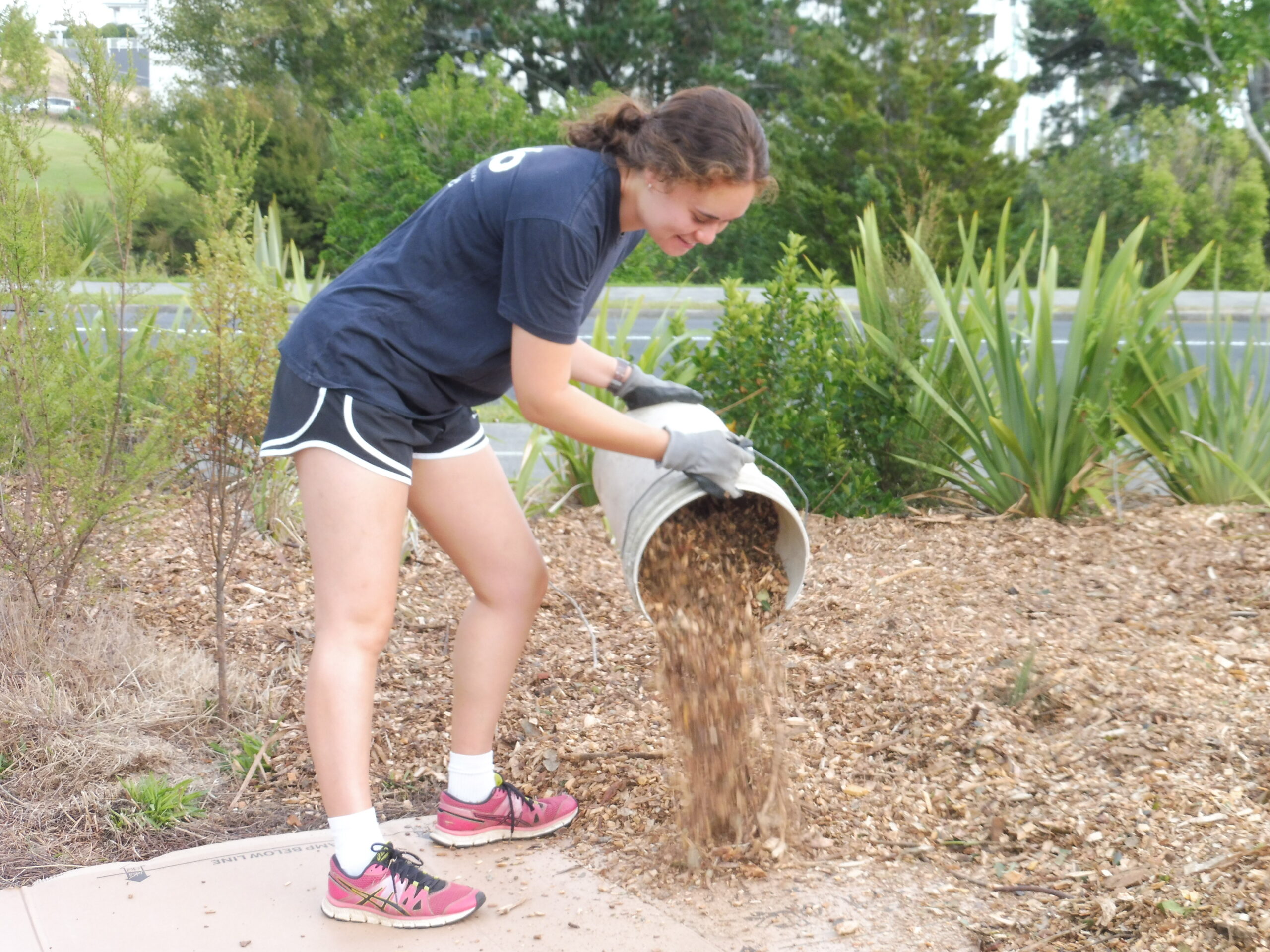 I would like to thank the A Rocha Auckland local group for welcoming me into the team and I look forward to the next time! And if you’ve been thinking whether or not you should join a restoration working bee, do come along! It’s a lot of fun!