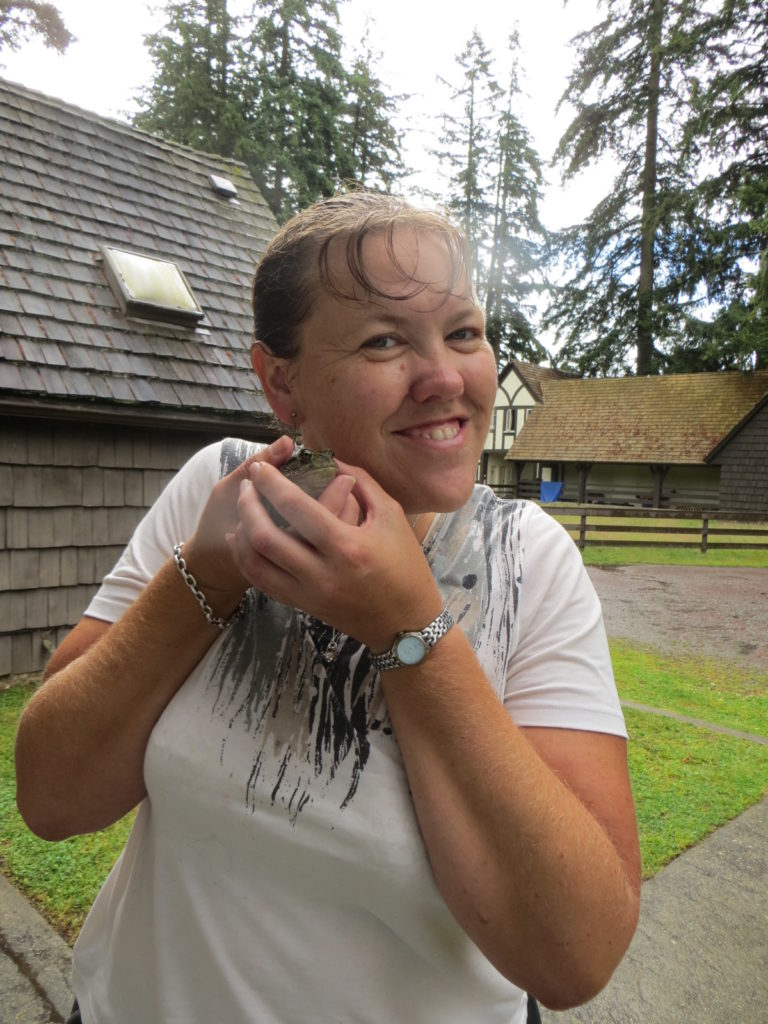 Sarah, up-close and personal with a Western Toad. [Shai Kroeker]

Have you ever called an amphibian ‘cute’? Sarah Woodfield, from the A Rocha local group in Auckland, is spending the summer as a Conservation Science intern at A Rocha Canada in British Columbia.  Here’s her latest story of close encounters with toads.

It’s the longest day of the year, 21st of June, and I’m on my first visit to “North Pond”. This large pond is a known breeding site for Western Toads, a species of conservation concern in North America. The sunlight is sparkling off the water and it’s a warm, calm afternoon. Andrew Baylis, the Conservation Science Co-ordinator, is showing me around, and we are both wearing waders so we can stay (mostly) dry as we slosh through the pond to survey the shore. Mostly the water is only ankle-deep, but at times it’s up to our knees, and I’m glad of the waders, even with the occasional leak.

The Western Toad tadpoles metamorphose into toadlets about the size of your thumbnail, and migrate in their thousands from the pond, around the shoreline, and into the surrounding forest. In previous years the migration (which can last a week or two) has been seen starting in mid-July. However last year the toadlets were observed on the last day of June, and the numbers were much lower than usual. So, this year the plan is to start the surveys earlier than we expect to see them, in mid-June. We’re hoping the numbers are much higher this year.

So, here we are. We check out one side of the pond and, no surprise, we see birds, insects, (unfortunately) a few invasive species, but no sign of any toadlets.

We head to the other side of the pond, and we see a few vibrant green tree frogs, quite charming, but not our target species. Then, (by now you know it’s coming)… Andrew spots a toadlet: “Hey, there’s one!” It’s good for me to know what they look like when we start to see them migrating. Then, I spot one. Hang on, there’s another, and another. Hey there’s a whole lot, the pond is rippling, the vegetation is vibrating. It’s the migration, and we’re here to see it. Hundreds, maybe even thousands of little toadlets on the move, what a buzz! I never thought I’d call a toad ‘cute’, but they most certainly are! Not at all the baddie portrayed in fairy tales.

We take some notes about their migration, and a photo or two. As we make further visits I’ll be mapping the route they take for this year’s report. Then we head home, watching every step to avoid the little creatures. The survey timetable has now changed, but that’s OK. I’m delighted to be here to witness and tell the toad’s story – one of many stories of God’s unfolding creation.

A Rocha Aotearoa New Zealand is part of a family of A Rocha organisations and projects working in 20 countries around the world. New Zealanders have visited and volunteered at A Rocha projects in Lebanon, Kenya, France, Portugal, UK and Canada. Interested in knowing more about opportunities to volunteer at A Rocha international projects? Drop us a line at: [email protected] 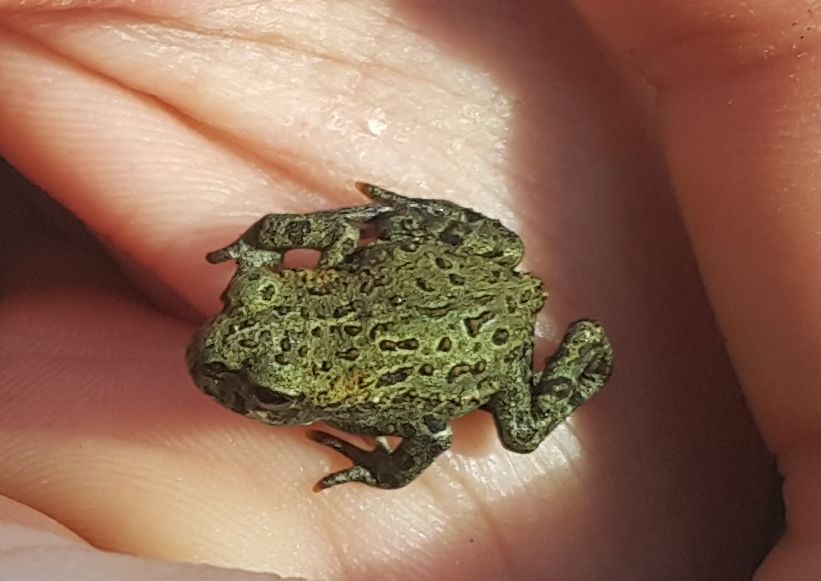